Solyanka soup recipe was given to me by one of my best friends, who grow up in DDR – Stefanie. I love everything that is tart and rich, so I fell in love with it immediately. Stefanie explained that her mother would cook this dish when she didn’t have a lot of time, but still wanted to prepare something home-made.

Solyanka soup belongs to the most popular dishes of former East Germany and it has Russian origins. At the beginning the soup was very plain, prepared with fish broth. To make the soup more filly people started adding more components to it, and therefore the soup became richer in ingredients and taste.

If I had to describe the soup with the 3 words, it would be tart, salty and well seasoned. The soup has so much going on! The sourness of the soup comes from pickled cucumbers, lemon, olives or sometimes even capers. I recommend to balanced it out with a bit of sugar or ketchup, or both. The soup is topped with some sour cream, which accomplishes the dish perfectly!

You can find Solyanka on the menus and grocery store shelves (in the can) in East Germany. Here is Frankfurt it is a bit harder to find, but in my small kitchen, I can cook anything I want, as soon as I find the right ingredients. Not only I am fond of the soup, but German Chancellor Angela Merkel has also a good taste;)

And remember: you can heat up Solyanka several times and it will only get better. You can keep it in the freezer for up to 3 months. 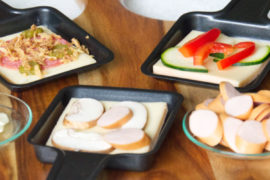 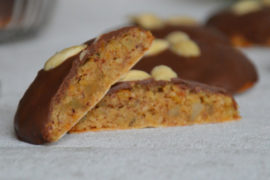 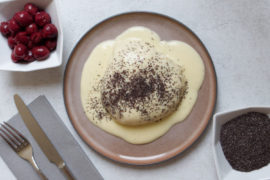